Checkout
Cart: $0.00 - (0 items )
When you buy through links on our site we may earn a commission at no cost to you. Learn more 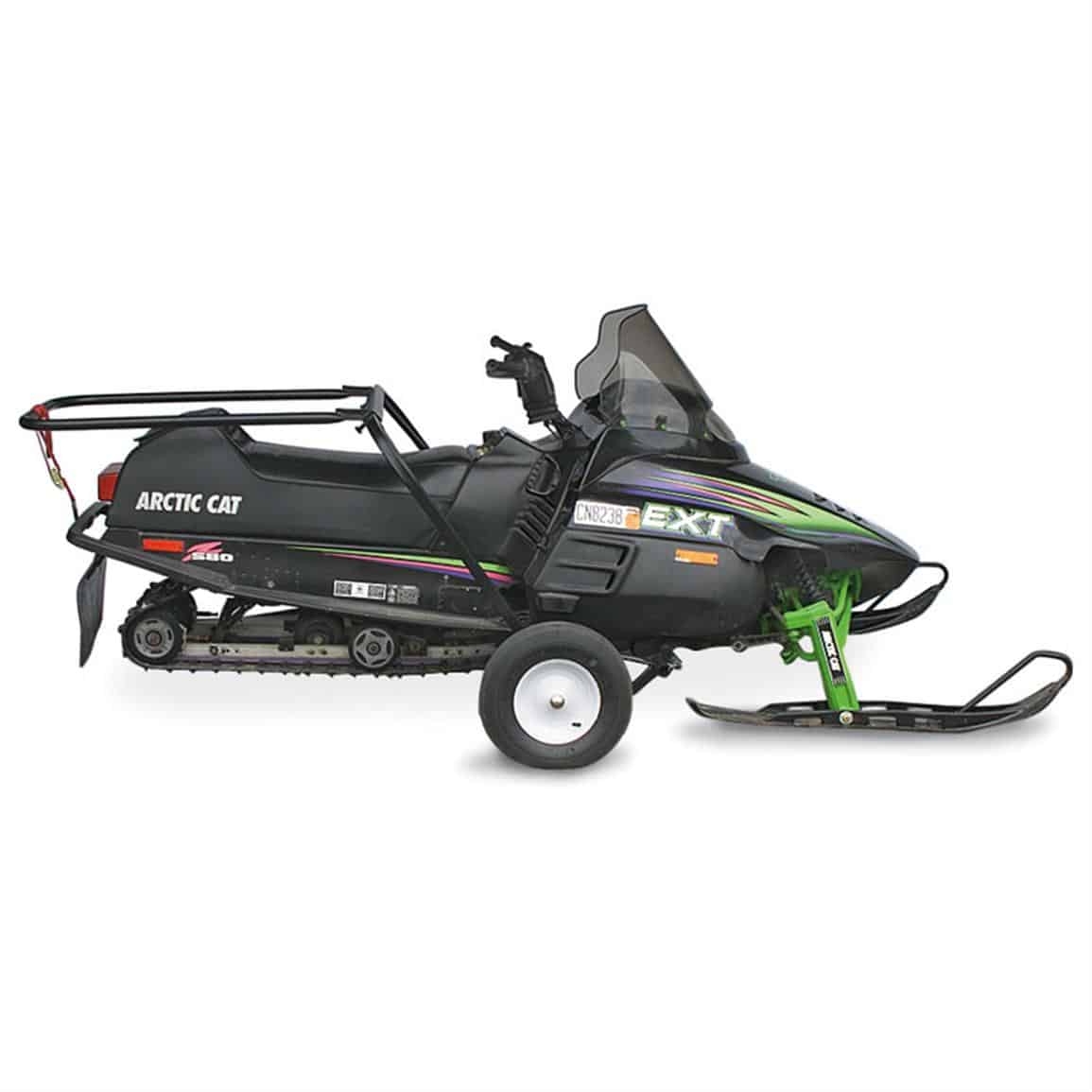 There are days when you’d need to move your snowmobile on surfaces where those sleds were not designed for. We’re talking about the days when your snowmobiles need maintenance work or the first day when snow or ice starts to melt. Full-sized snowmobiles weigh around 500 pounds, while a mini would be something around 200. That’s not a weight you’d want to drag by yourself.

Thankfully, there are dollies made just for the purpose, and they don’t cost a ton. 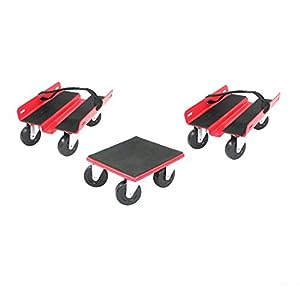 The most common type of dollies for snowmobile come in three-piece sets. Two of the pieces, called ski or runner dollies, are identical. They’re placed under the skis. The third piece, called rear or track dolly, goes on the track’s underside. With 12 wheels in all (4 wheels on each piece), it’s an easy roll to the driveway or garage. For around $50, it’s no sweat moving your 500-plus-pound snowmobile. We’ve picked the top best under this type. Come and see what made it to our list!

Snow Dolly Video: How Easy It Is To Use Dolly Casters and Sled Dolly Wheels

You’d need to assemble the casters to the sturdily-constructed steel parts, but installing is a breeze. After several seasons or uses, the carbide runners may tear the rubber pads, but that’s not a deal-breaker. The whole thing still works pad or no pad, and you can always replace the pads. Overall, this is inexpensive,  Kastforce KF2014 includes two 8”x10” ski dollies and one 7”x7” rear dolly – all made of heavy-gauge steel. The 3-piece set can support snowmobiles weighing up to 1500 lb. The rubberized, V-shaped groove on the runner pieces makes it an easy fit for most ski widths. The 2.5” swivel casters are made of durable PVC material. Double heavy-duty nylon straps secure skis in place.

These dollies are made of steel plates, each with four 2.5-inch nylon swivel casters and ribbed rubber pads. Each of the ski dollies measures approximately 10”x7” with a squared groove that’s about 1-inch wide and 3/4-inch deep. There are Velcro straps that you tighten around the skis and through the holes on the upturned edge. The track dolly, on the other hand, has a flat 7”x7” base which supports the snowmobile in the middle.

You can use this set right out of the box because it’s pre-assembled. You might need additional, or longer, Velcro straps to secure the skis. For snowmobiles weighing less than 500 pounds, however, the rubber mats already provide adequate grip for rolling over a short distance of the hard flat surface. The casters make it easy to go around tight areas and sharp curves. They’re not replaceable, though. Another good thing about the dollies is that they’re set lower, so there’s very minimal lifting involved.

How to use a Snow Mobile Dolly or Snow Machine dolly

Shepherd Hardware’s 9298 dollies are rated for 1000 lb. It combines some physical features of Kastforce’s KF2014 and Extreme Max 5800.2000. For instance, it also has the upturned edges with holes for tying the skis with straps and the ribbed mat on the sides of the groove, which we’ve seen in 5800.2000. On the other hand, it has KF2014’s V-shaped groove, but it’s a shallower and slimmer version. It is constructed of solid steel plates like the other models, while its 2-3/8” wheel casters are made of hard rubber.

Also made of steel plates, this Roughneck dolly set is rated for 1000 lb. Unlike the three other brands/models, however, Roughneck dolly uses differently-sized casters for its front and rear pieces. The ski dollies at the front have 3” casters, while the track dolly at

the rear has 2” casters.

The runner dollies’ rubber coating and squared grooves provide adequate grip to the skis. It doesn’t have ties or straps for fastening. It doesn’t come assembled, but you don’t need to be especially handy with tools to be able to that. The instructions are quite easy to follow.

Easy Does It – with a Snowmobile Dolly Cart

For the price, indeed, you can’t beat the 3-piece dolly systems, not to mention that they’re amazing in their functionality. If ever there was something that people disliked about the 3-piece dollies, it would probably be the part that required them to lift the vehicle to attach each of the pieces underneath.

Fortunately, there’s another type, and you can forget about lifting. It is so designed to easily slide under your snowmobile, lift it, and move it like you would with a wheelbarrow. A subtype of this is integrated with jack and winch, which not only moves a snowmobile but also keeps it elevated. This is ideal for doing maintenance or repair work. We’ve featured below one model of the “wheelbarrow” type.

Extreme Max’s Monster Dolly is a burly tool with two monster wheels, 20” in diameter. These oversized non-flat wheels make rolling on uneven ground or off-road a walk in the park. The brawny steel frame can move heavyweights with so much ease that you will never think of moving your snowmobile again with anything else. The most important thing, you’ll do away with the lifting and bending to get pieces of dollies attached.

On the downside, this doesn’t come cheap (but if you love this sport then it is worth it), which is to be expected for the quality, usefulness, and ease of using it. It costs around 5-6 times more than the 3-piece dolly types. It stores away neatly, too, and doesn’t occupy a lot of space.

Looking for the best shed to store your snowmobile? – “Click Here”

We’d have no qualms buying KF2014 – it’s not only cheap but also strongly-built and very well-designed. The 1500-lb rated capacity is unbelievable. For durability and ease of use, though, we wouldn’t mind spending more for the Monster Dolly MDM2-BW.

The bottom line is that you shouldn’t risk enduring your back or damaging the floor (or your snowmobile). Snowmobile dollies are available in great variety and at reasonable price tags, and there’s simply no reason not to have one when you are snowmobiling.

More from my site

bestdollies.com is a participant in the Amazon Services LLC Associates Program, an affiliate advertising program designed to provide a means for sites to earn advertising fees by advertising and linking to amazon.com and affiliate sites.